Brent Little on The Apartment Report

Previous Next
Brent Little on The Apartment Report

Construction financing will become tougher for developers in the coming months. The main challenges on the development front will be debt becoming more restrictive thereby slowing the pace of new starts. With lower leverage available, borrowers will need to bring more equity to the table. Developers will see 50% to 70% LTC, while deals with mezz will jump to 70% to 85% LTC. Borrowers will see more caution from lenders because of rising construction and land costs, along with the increase in rates. Watch for banks such as Bank of the Ozarks, Wells Fargo, BofA, Chase, Capital One, US Bank, SunTrust, PNC Bank, KeyBank, Fifth Third, BBVA Compass, Frost Bank, Citizens Bank, M&T Bank, Associated Bank, Peoples United Bank, and TD Bank to be active construction lenders.

Lenders will target projects in Los Angeles, Seattle, Boston, San Francisco, Washington, D.C., Denver, Atlanta, Dallas and Austin, Texas. Watch for lenders to be cautious with multifamily development in Chicago and NYC. Projects near transit in secondary suburban markets will be more favored this year, as many primary markets become overbuilt. 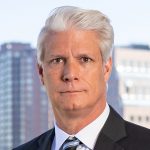 The firm focuses on cherry picking the best possible sites. Watch for Fountain Residential to start a project at the University of Texas in Arlington with a projected delivery of fall 2019. It will contain 650 beds.

In addition, Fountain Residential will start a smaller development in Chico, Calif., with 170 beds.

This project will fill the housing need, as California State University at Chico plans to grow from 16K students to 20K. This highly amenitized project will be built on three parcels next to campus. The firm also has one property under development in Houston. Fountain Residential aims to develop condo-like finishes with granite countertops, 50-inch televisions and oversize soaker tubs, very similar to what you find in conventional multifamily assets in major cities. After the amenities war the past few years, Fountain will phase out golf simulators, lazy rivers and rock climbing walls because they are less utilized and hard to maintain. The firm sold five assets in 2016, bringing its portfolio down to three.

Fountain Residential President Brent Little points to the following amenities as necessary in 2017: an inviting club house with electrical outlets in chairs and coffee offerings; a fitness center with both cardio and studio class rooms; pool areas with music and barbecues; and study rooms with many size rooms for small groups, large groups and presentations. Many of its communities boasts hotel-like offerings such as free breakfast on Mondays and free tacos on Tuesdays. Fountain Residential strives to include a promotion each day of the week to build a community and create an interactive aspect. This forces employees to be much more interactive, talking with people all the time every day. The firm sees its staff more similar to hospitality/cruise ship employees rather than conventional apartments.

Read the entire Apartment Report (Vol. 26 No. 13) at: http://www.crittendenonline.com