Article originally published on  July 21, 2022 by Leslie Shaver on multifamilydive.com. 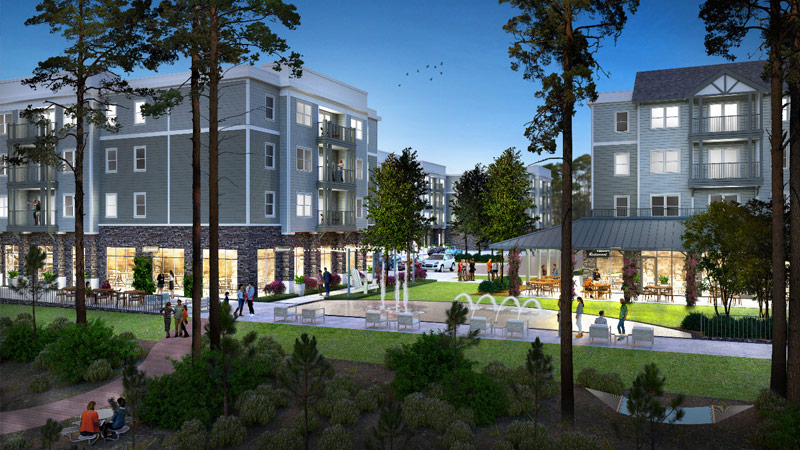 Brent Little sometimes wonders if he is the last of a dying breed: While many student housing merchant developers have disappeared over the years, Little’s Dallas-based Fountain Residential Partners keeps plugging along, building projects like Dockside Clemson in Clemson, South Carolina (pictured above).

Even in an uncertain interest rate environment, Little, who is a nationwide builder, is seeing a lot of growth in the student sector, powered by surging enrollments at many of the universities where he builds, such as Clemson, Louisiana State and the University of Houston.

“We’re starting to see numbers rolling in on enrollments at most major universities,” Little said. “I think you’re going to see some huge enrollment numbers.”

Here, Little talks with Multifamily Dive about where demand is the strongest, continuing supply chain and labor issues and the impact of rising interest rates.

This interview has been edited for brevity and clarity.

MULTIFAMILY DIVE: Where are you seeing the strongest demand for student housing?

BRENT LITTLE: The University of Arkansas in Fayetteville, which is the flagship school for the state of Arkansas, came to us several months ago and said they were oversubscribed on their housing on campus — they needed an additional several hundred beds. So we’re master leasing 200 beds to them on our property there.

They came back about a month ago and said: “Hey, we needed several hundred more beds because we’ve got so many applications and so many acceptances that we’re seeing — not just the freshman class but also transfers.” So, I think we’re going to see that at a lot of universities.

What are some of the significant issues that you’re facing right now?

I know delays have been an issue. Have things gotten any better?

They’ve gotten more predictable. This is the new normal — you just expect it to take way too long for anything to get to the jobsite.

You have to build a contingency factor into every schedule and every number that you have in there. We know that now. We aren’t scheduling like we did before. So, when we’re looking at a deal that’s a year out before we’re going to start construction and we get a schematic number from somebody, we’ll add another $1 million or $2 million on top of whatever they told us that they have in their contingency factor just to make sure that we’ve got room to move.

How are interest rates affecting you?

When we’re going in to start construction, obviously, we’re dealing with a higher interest rate. But moving a couple hundred basis points on a construction loan is nothing like the increases that we’ve seen on construction costs. Those numbers have had 10 times the impact of rising interest rates.

In our pro forma, you always have a contingency on your interest rate, recognizing that interest rates can move. The inbound interest rate from the lender is not hurting us substantially. That’s something that we’ve dealt with before.

How are interest rates affecting your property sales?

Those of us that are merchant builders are not just going to hold on to these things forever. If you’re selling to someone who is placing debt on the deal, then your proceeds just went down substantially and therefore the value of the property went down.

How many assets are you currently selling?

We have four properties on the market. So far, knock on wood, things are going really well. There’s still more money than good deals. We like to think we have good deals and good marketplaces.

We always say we just need one buyer. We don’t need eight or 10 or 50 or something like that.

Read the original article at https://www.multifamilydive.com/news/demand-for-student-housing-surges/627816/